I was recently commisioned by Gaydar, a socially responsible premier gay dating site, to do an artist series for their new relaunch. On discussion with the team at Gaydar HQ, I was really impressed with the effort they put into their brand and in particular the images that represent it.

One issue that we discussed was how images create desires. I found this particularly important to note. I remember when i was a teenager looking at the images of men that were available at the time I thought, I wish one day i could be the one to produce such imagery. I remember seeing Calvin Klein ads and being inspired by the eroticism, beauty and strength of the male form. Recalling that feeling and that time makes me feel extremely honored to think that potentially I may now be inspiring other people. I hope to portray men indiscriminate of sexuality as i believe sexuality is quite fluid and varied for everyone but also to show the strength, beauty and eroticism of men as I saw it as a teenager.

So thank you Gaydar for pulling out a warm moment of childhood memory and giving me the chance to share my images with the world. I hope they inspire and create healthy desires.

To get your Gaydar on check out this link – gaydar.co.uk 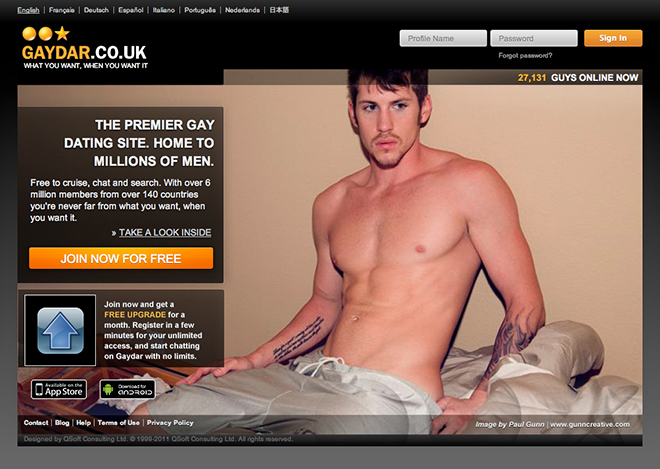 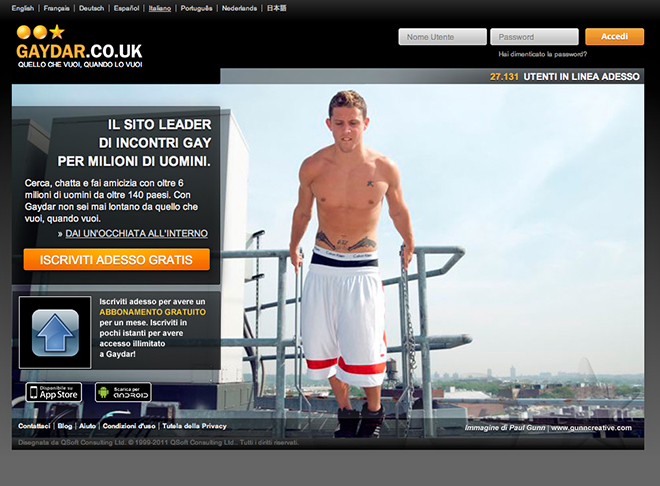 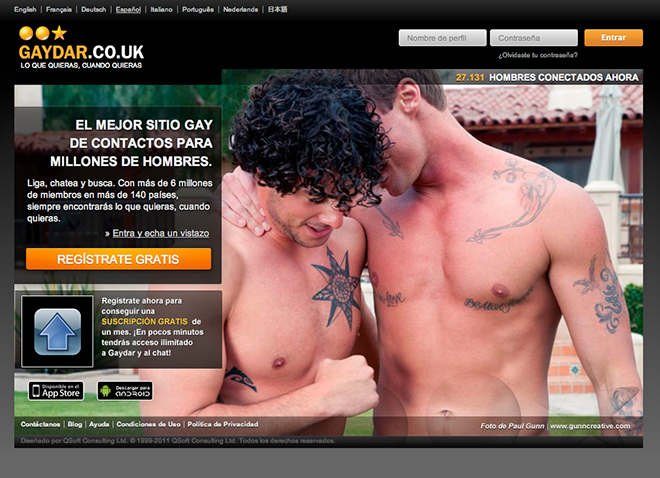 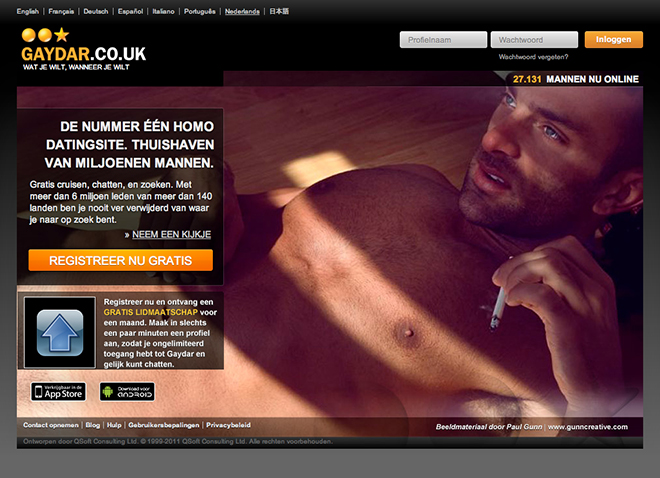 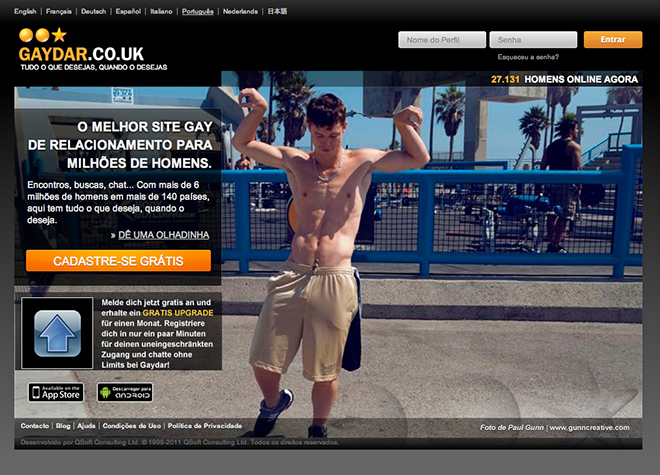 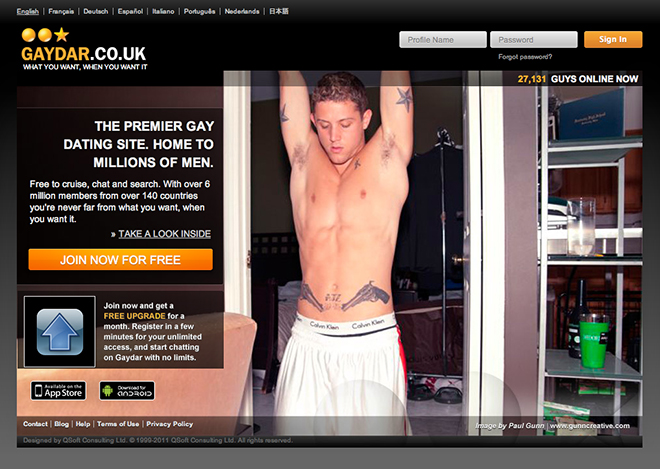 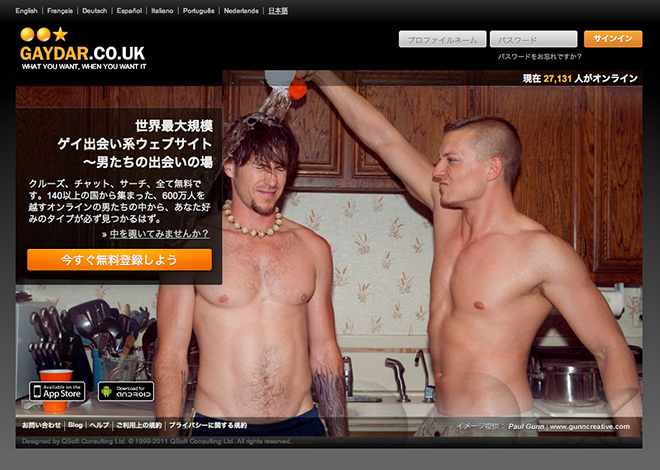 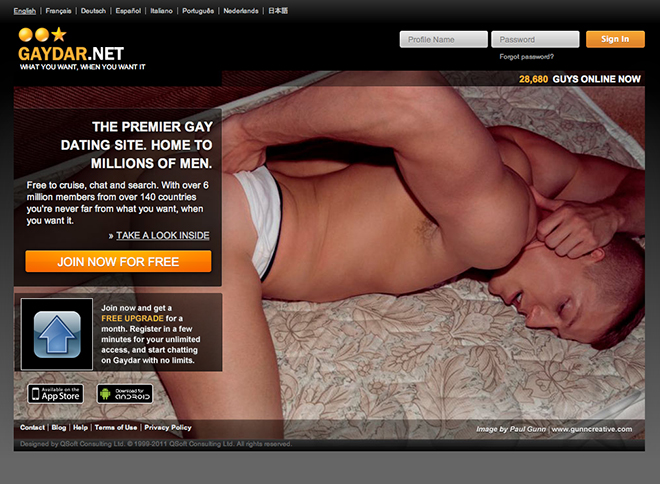